Discuss modifications on your new shape Hilux here. 2005 till current. Also called the Vigo in other countries.
Post Reply
5 posts • Page 1 of 1

Hi Guys,
Just curious if.this was done and what's the snags and hickups.

Looking to use the 2.7 flywheel and clutch on the 4.0 motor.
Does.the starter going to.work? 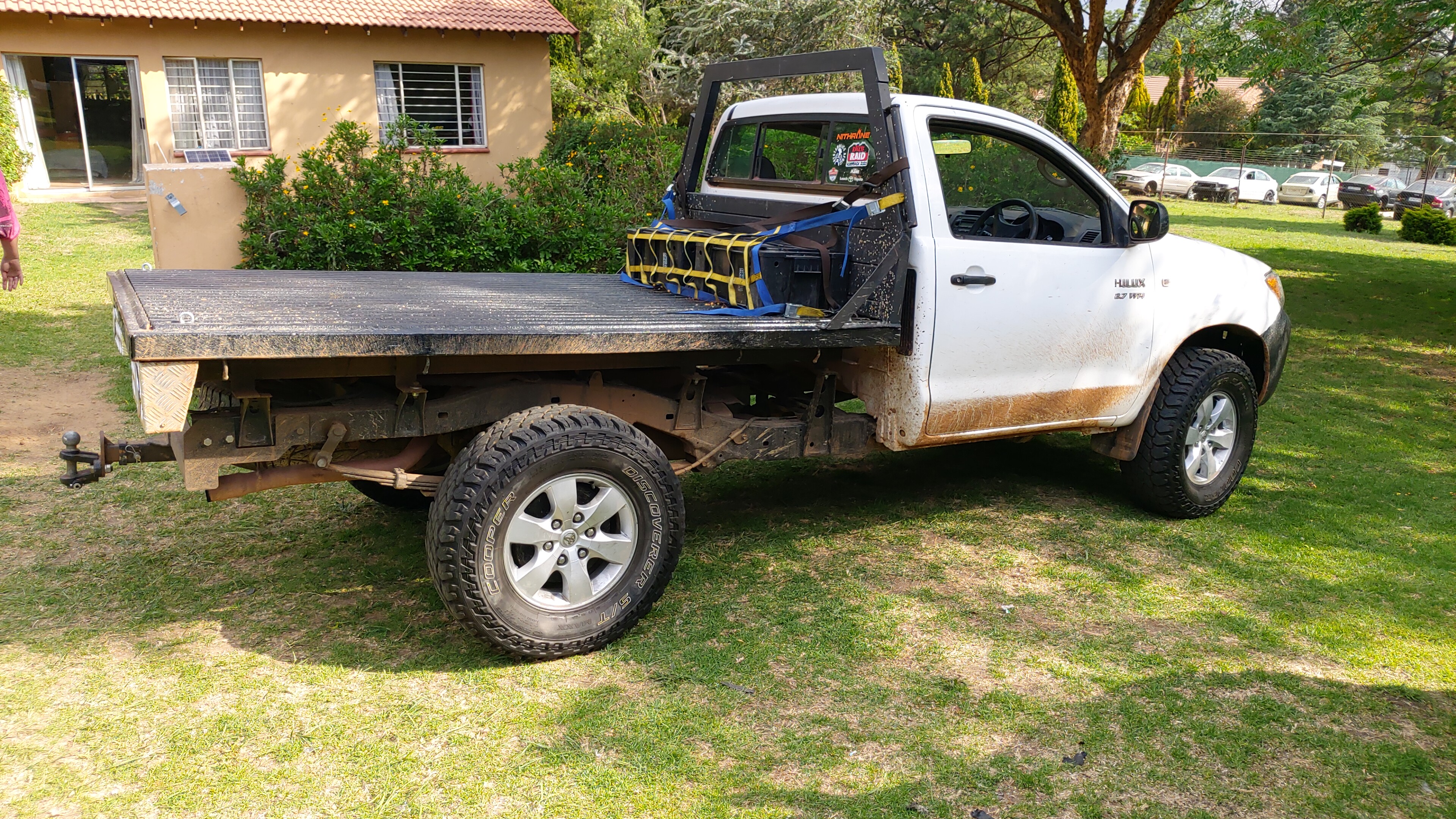 Did I offend the masses?

I'm sure you didn't. Man, I can't advise on the specifics, but as a rule you would use the clutch and flywheel from the motor that you're putting in. Specifically for the starter compatibility that you mentioned as well as the fact that the clutch / pressure plate is designed for that motor, especially in your case where you're going to a bigger motor with a lot more torque.

Ideally you would use the bell and gearbox as well .... it might mean modifying more mountings but it's a lot less work and more reliable than trying to marry it to the 2.7 box which might also suffer under the torque load of the 4.0lit.

Running bigger wheels will definitely help to bring the ratios into an acceptable range, but here again, it adds more stress to the drive-train that's already having to deal with extra torque that it wasn't designed for. Definitely better to alter the diff ratios but that adds significantly more cost to the project and only saves the drive-train from the diff to the wheels. The rest will still be stressed.

A better option (that's been done before) would be to use a 3.4lit 5VZ motor. Also a V6 with much better power than the 2.7 at about the same fuel economy (even better if you drive sensibly), but it's an older generation motor, so even though it's only about ½ a litre less capacity, the torque is a lot less than the 4.0lit and the standard 2.7 box can handle it. Food for thought and it's the route I would go.

Ok, managed to find a 4.0 4x4 gearbox. So at this.poing ots diff ratios that out.
Big wheels it will have tonbe.

The bogh warner diffs can take a beating.
265 70 16 wheels.
I need something thats alive and responsive.